Join us for a night of stories from Richard Green, and learn more about volunteering overseas with EWB and VSA. 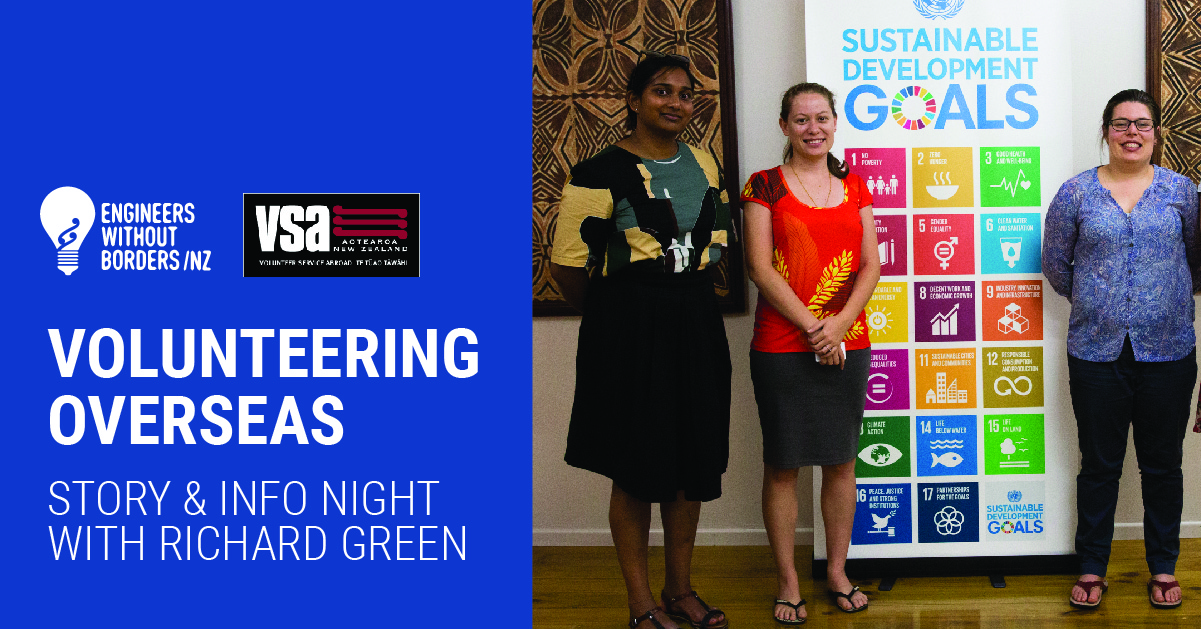 Interested in using your engineering skills in the humanitarian field? Keen for a change in pace or a change in environment?
EWBNZ and VSA bring you a presentation and networking evening hosted by Tonkin + Taylor.

Richard has spent the last few years living and working in Bougainville with Volunteer Services Abroad as an Engineering Advisor and was previously the Chief Engineer for the North Solomons Provincial Government. Learn how Richard has used his engineering skills to make an impact overseas.

Richard’s presentation will begin shortly after 6:00pm in Auckland and will be livestreamed to other T+T offices around the country, so if you don’t live in Auckland you won’t miss out!